Following interview from the series Ambassadors Without Diplomatic Passports will take us to the realm of marketing, economics and France.  Professor Hana Machková, current Rector of the University of Economics, Prague, has been awarded “Chevalier dans l´Ordre des Palmes Académiques“ by French Prime Minister.  This does not come as a surprise since Mrs. Machková has been in charge of the „Institut franco-tcheque de gestion“ (French Czech Institute of Management), the only institution specializing in French management in the Czech Republic, since 1990.  The main project of this joint cooperation, supported by the French Embassy, is the program MASTER – Management et Administration des Entreprises (French equivalent to MBA).  This program is organized in cooperation with three French Universities under the direction of Université Jean Moulin Lyon 3 (IAE Lyon).

Prof. Machková has been also a visiting professor at Université Jean Moulin 3 Lyon and Université Paris 1 – Panthéon Sorbonne for more than a decade.

University of Economics (in Czech known under the abbreviation of VŠE) is the largest public university of economics in the Czech Republic, having currently enrolled almost 20 000 students.  The faculty consists of 700 academics and business experts.

Prof. Machková is an author and co-author of more than 130 publications. She twice received for her own publications on international marketing and trade GRADA publishing house award in economics literature.

Today´s world is marked by the globalization with all advantages and disadvantages that the open globe offers. We can travel, study abroad, do business nearly everywhere, communicate easily and discover new cultures.  The price paid for this enormous progress is linked with the risks of growing competitiveness of emerging countries and with the growth of insecurity due to the geopolitical and cultural conflicts. But if I am to compare today´s world to the situation of the “Cold War Era” I believe that we should not complain.

The position of the Czech Republic is good, in fact better than it is often presented by Czech media. We have to compare ourselves with other countries from Central and Eastern Europe. And if we do so, we are among the best in many respects. For example the GDP per capita in PPS is expressed in relation to EU28 average, and the CR is on 82 % while Poland is on 66 %, Hungary on 66 % and Slovakia on 75 %. We have relatively low rate of unemployment and very good export performance.

I have studied foreign trade during the communist time when the word “marketing” was forbidden and there was a monopoly on foreign trade. But export and import are

the first stages of international marketing and I have been always interested in international relations. Until 1990´s, Czechoslovakian production companies were isolated from foreign markets. To proclaim that after 25 years, Czech companies become leaders in the international marketing would be too optimistic. One should not forget that 70 % of our export is done by multinationals and the international marketing is mainly the strategic decision of headquarters. Czech companies are traditionally strong in technologies, quality and production, but marketing unfortunately still remains their weakness, often this being the case on the local market as well. Culturally we are more oriented on production than sales and services. But the situation is improving and I hope that it is also due to the result of business education.

I have started to learn French language when I was eight years old, so France and I have a long lasting relationship and I must admit that it is still a true passion for me. I do admire not only the French culture but also French values and style of living. In 1990, when I was 32, rector Věněk Šilhán gave me a chance to create the French-Czech Institute of Management. The French government decided to support the economic transformation of Czechoslovakia by offering the training of teachers and by co-financing the education for French speaking managers. Since the beginning, we Czechs were regarded partners, not just recipients of grants, and that is why our program remains sustainable. French government supports management education in French as a kind of an investment and a tool of export and investment promotion, because our graduates are working mostly in French owned companies. VŠE is the only institution offering the MBA program in French. Our MBA is a typical market niche and I am proud that after 25 years we still have 25 French speaking students every year.

I am against quotas in the Czech Republic but I am for the improvement of conditions and care providing facilities for women in the Czech Republic. In our society a woman has to serve many roles and I think it is right, because I am convinced that a woman is fullfilled only when both the private and professional life are balanced. But the problem is that a Czech woman has to care first about children and then about parents and compared to western developed countries we are still missing good quality and affordable care providing services. I am glad that VŠE has its own kindergarten, this is an example of our support for young women. And personally I am lucky to have an excellent familial background and this was conditio sine qua non for my whole carrier. And by the way to be a member-woman of Czech Rectors Conference is a fantastic experience. My colleagues are true gentlemen and I must say that it is also an advantage at my University – I have six deans and with all of them I have good relations. But I hope that it is not because I am a woman, but it is the result of my leadership skills.

I do agree that the Czech Republic´s main strength is the industrial tradition and that the technical oriented disciplines should be supported. As for the situation in the higher education, today we have a paradox, there are 26 public universities and 43 private schools in the Czech Republic. 81 % of private schools are focusing on our disciplines, e.g. economics and management. For the University of Economics, Prague it is a challenge to compete with so many entities and in the situation when the labor market is saturated by graduates in economics and social sciences and the share of graduates in technical sciences is constantly decreasing (it was only 13,7 % in 2012),the debate about priorities is reasonable. Of course, I am pleased that finally companies are more and more caring about the quality of diploma and that the graduate of the University of Economics, Prague is usually the first choice due to our good image. But this country cannot live only from managers, we are innovation based economy and we need a quality technical education as well.

I am glad that the Higher Education Act is ready to be discussed in the Parliament. If admitted, I am looking forward to the Institutional Accreditation. As Rector my nearest plan is the opening of the first VŠE Business Accelerator in January under the brand xPort. We have prepared modern premises in Prague in Jarov and we have hired a very dedicated management team. I am pleased that we have already not only company support from Česká Spořitelna, but one of the donors is also one of our graduates, the first private donator. I will also support as much as I can the qualification growth of our young faculties and I will continue to develop the internationalization strategy of the VŠE. Our ambition is to be the leader in Central and Eastern Europe.

Be optimistic. We are living in a beautiful and a safe country in the heart of Europe. Our country has many talented people and Czech Universities are ready to educate them. The chance is there for all those who are ready! 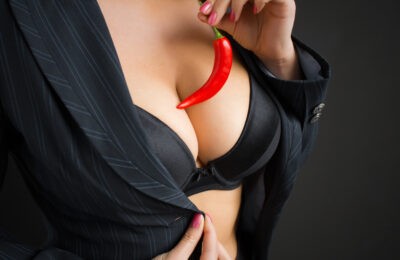 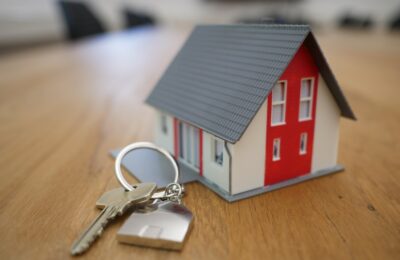